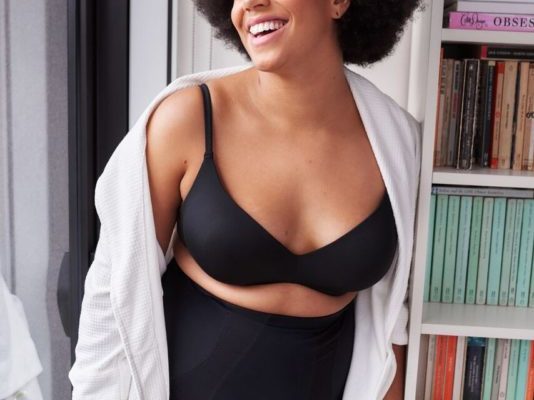 Blog Summary: Modibodi specialises in period & leak proof underwear for women and has just launched its much anticipated ‘Shapewear’ range of underwear.

The team at Modibodi know only too well that one of the more frustrating things in the like of a woman is the uncomfortable & heavy bloated feeling they get around ‘that time of month’. Their design team have listened to their customers and created the shapewear leak-proof briefs that contour a woman’s body with maximum flow protection so they never have to worry about sneaky lady leaks ever again!

Not only is the new range innovative, it is a world first exclusive design. The contour hi-waist full brief with leak-proof technology brings added protection to ensure that all who wear the range feel 100% confident. Modibodi was made so that every lady can go with a different flow.

Modibodi Founder and CEO Kristy Chong is a fashion tech entrepreneur and is a well recognised leader, recently being named as the 2018 NSW Businesswoman of the year. She was inspired to develop, design and create Modibodi after her second child due to her own experience with pelvic floor issues. Kristy noted that despite modern advancements in technology, our underwear has remained the same. “In a world where technology has improved women’s day to day lives from sleep through to exercise, I felt it was high time that our underwear took on the same route. It is also high time that incontinence issues are brought out into the open to remove the stigma associated with it and is why we are helping to promote world incontinence week” said Kristy

The Modibodi breathable nd smoothing shapewear briefs have the signature patented Modifier technology that absorbs up to 10ml of flow where its periods, discharge, light bladder leaks that’s roughly 1-1 ½ tampons! They can be used alone on light to medium period days or as back up on heavier flow days. Not only does the shapewear briefs safely absorb fluid and locks it away, it also fights bacteria and stops smells.

The Modibodi team are all about respecting and empowering women and their bodies on the inside as well as on the outside. The innovate inbuilt mesh panel is designed to smooth and compliment your body shape in all its curves as it smooths your silhouette in all the right places that’s right, not tight!

They believe that everybody is beautiful no matter what your body shape, so their new shapewear range of briefs include sizes from 10 (S)-18 (2XL).

The full range of the Modibodi collection is also environmentally friendly, as they are reusable and sustainable to save mother earth from the growing number of landfills. Modibodi is committed to changing the world, one underwear at a time and at the same time help women look and feel amazing during the process!

Modibodi is modern, protective apparel created to give all bodies more confidence and comfort, and a more sustainable solution to disposable hygiene. Modibodi, modern underwear and swimwear for all body types and was launched late 2013. For almost two years Founder and CEO, Kristy Chong, spent her time designing, developing, and testing her patented Modifier Technology leak-proof undies into the Modibodi collection. Modibodi believes that making a positive impact should be as easy as changing the undies we wear and now your swimwear. Together with Modibodi, we are breaking taboos, opening minds, mentioning the “unmentionables” with a reusable, sustainable product line that will benefit all bodies on this planet.